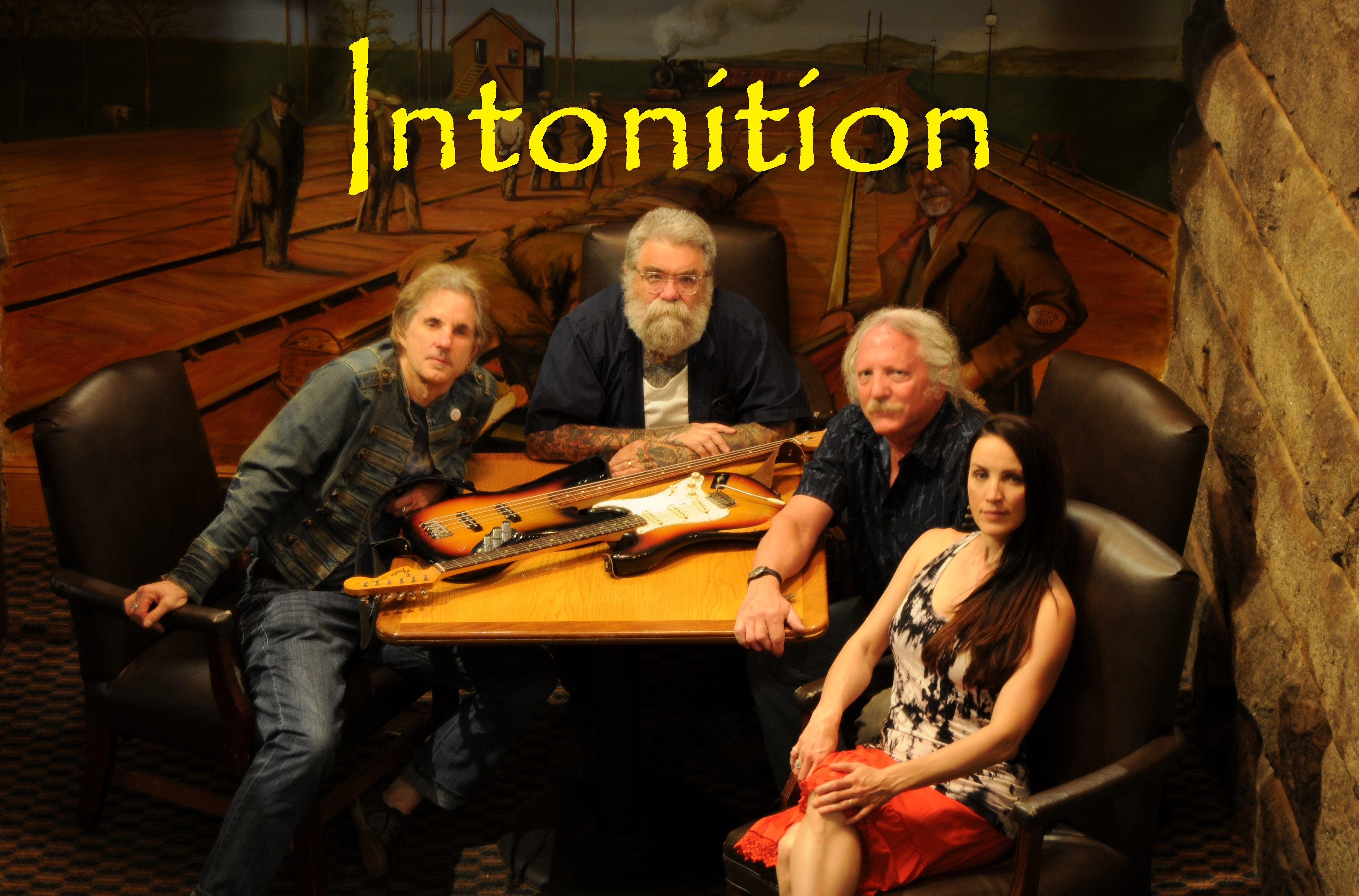 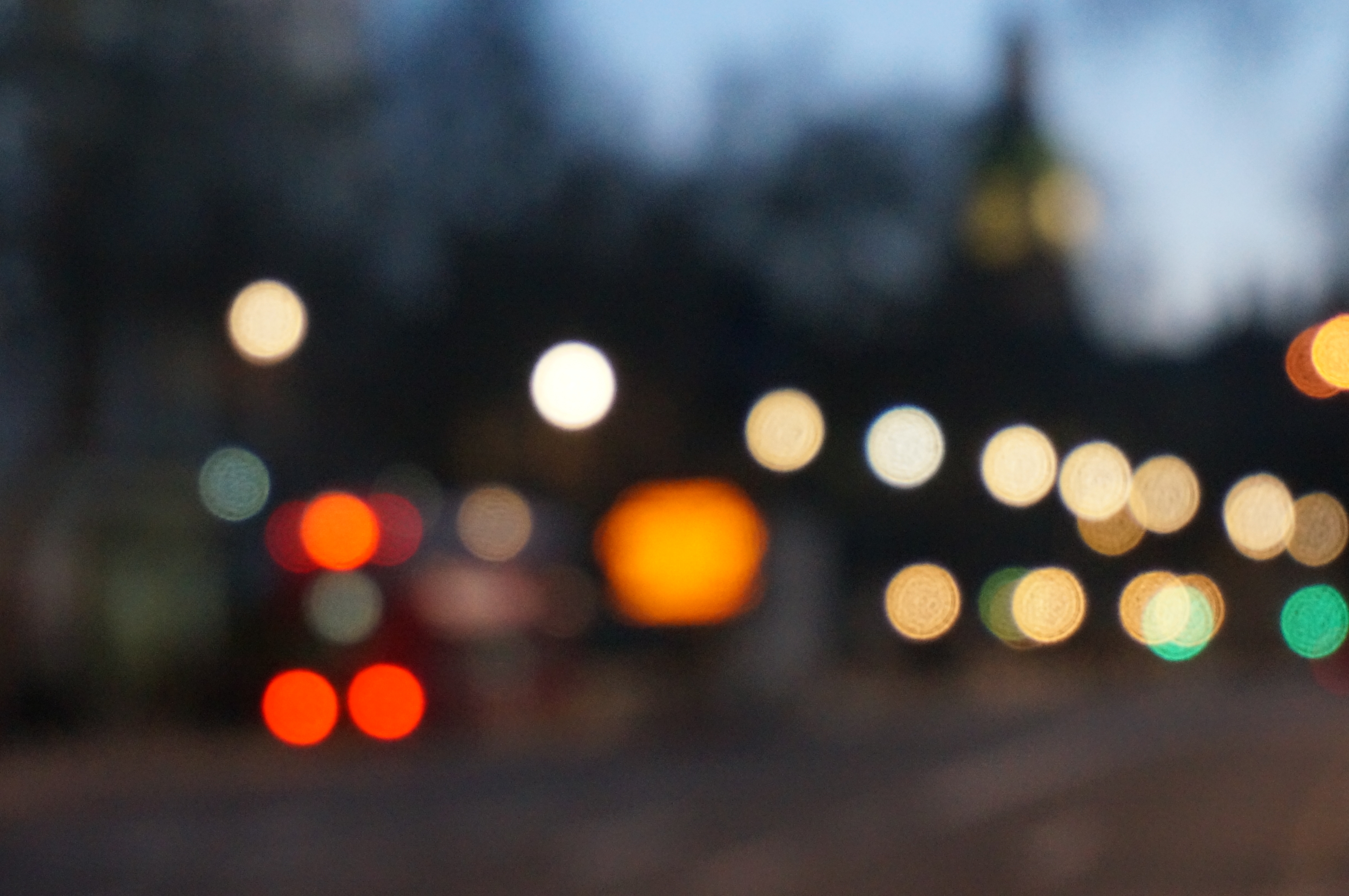 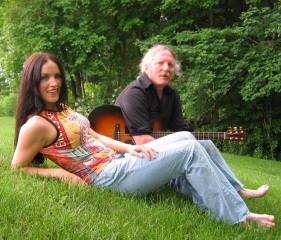 Some may inquire… “What does Intonition mean, anyway?” Chris Dixon of Hadley MA and Danyelle Devino MacLeod of Greenfield MA make up the duo Intonition. The duo both had worked on other projects previously, but each was searching for just the right musical environment in which to share their creativity. They met in the mid-summer of 2005 and have become fast friends with a shared musical vision and a deep mutual respect. The foundation of their musical philosophy is to maintain as organic a sound as possible. Chris enjoys playing with words and conjoining words to form new ones to suit his purposes. He has a whole library of said “words” and Intonition just happened to be one that the duo was particularly fond of. It is a combination of “intuition” and “intonation” and the name simply fits…

With influences literally covering the full spectrum of musical genres, Danyelle claims it would be nearly impossible to narrow her biggest influences down to only a handful. However, some of the ones who come to mind as songwriting influences are Nick Drake, Ani DiFranco, Damien Rice, Ray LaMontagne, Jamie Cullem, Zero 7, Bob Dylan, Lucinda Williams, Patty Griffin, David Gray, and almost anything from the Motown era, only to name a few.

However, Danyelle cites her father, Donald Devino, as the person most responsible for her magnet-pull to music throughout her entire life. Her father, prior to his sudden passing in 2003, was an avid record collector. He had begun collecting as a young boy and never stopped. His collection was mostly comprised of 1950’s and 1960’s doo-wop, soul, blues, and rockabilly music including everything from Fats Domino, The Four Tops, The Supremes, The Flamingoes, Elvis Presley, Sarah Vaughan, Etta James, Billie Holiday, Buddy Holly, Chuck Berry, The Beatles, Ray Charles, you name it. Danyelle grew up listening to all of this and more and claims this music and her father’s deep appreciation for this music to be the spark that lit her musical fire. She remembers riding to record shops and record conventions with Dad to find gems to add to his already enormous collection. Throughout her childhood and until Dad passed, she says that music was constantly playing in the Devino household. The tradition continues for her. Writing music, singing, and playing guitar are Danyelle’s greatest passions in life.

Prior to partnering up with Chris, Danyelle was growing frustrated with finding the right path to explore her music and to find the right band to work with. Recording a CD was long overdue and seemed like it would never happen. Even though the duo only met a short time ago, it was as if they had been musical partners in another life. Chris’ guitar style and Danyelle’s guitar style, different as they may be, complement one another and interact organically. Chris’ nature is free of ego and his positive vibe is contagious. He plays for the love of music and is very supportive of Danyelle’s musical vision. His recording expertise and sound experience have become invaluable tools for the presentation of the duo’s music. He and Danyelle understand that sometimes, powerful music doesn’t require an entire band, just two very dedicated musicians with a shared vision and a sunny outlook on life.

Chris grew up (the term being used very loosely!) in Cleveland, Ohio and migrated to Western Massachusetts in the college years. Among his first musical memories are the Beatles pouring out of an old AM radio, followed by immersion in the classic rock of the times. An old guitar of Dad’s led to the securing of his first electric guitar and the die was cast. Garage and basement bands quickly followed, covering everything from folk to Hendrix.

Later bands ran the gamut from jam bands to fusion to modern rock, then right back to Jimi-approved roots, with nods to favorites like Jeff Beck, Pat Metheny, and Eric Johnson, as well as Kottke, Allman, Landreth, Knopfler, and countless others. He considers a large selection of musical tools both acoustic and electric to be his palette of colours for this musical canvas. A side career as a sound engineer/provider has blessed him with exposure to a multitude of styles and influences, as well as close-up contact with many heroes!

As satisfying (and fun!) as guitar rock could be, there was always a lyric sensibility lurking in Chris’s guitar playing and musical ideas. Many of his male guitar heroes also sang, but from the very earliest introduction of female greats such as Joni Mitchell or Bonnie Raitt, Chris was captivated. There was just something about the melding of thoughtful and fiery guitar coupled with a soulful female vocal that intrigued Chris. Many of his compositions had long felt like they were backing tracks just waiting for a voice…

So enter the melding of minds with the soulful vision of Danyelle Devino MacLeod. Her songs would provide a perfect context to apply that lifetime of guitar, and even better, some of Chris’ ideas holding the possibility to become vehicles for Danyelle’s exquisite lyrical and melodic, unique touch. Danyelle’s innate and distinctive guitar style, with all its rhythmic quirks and naturally clever modal open-string technique, would prove and inspiration in and of itself. The result is a rich but cohesive musical tapestry. As Chris is fond of saying, it’s like a really good story where one simply cannot wait to find out what happens next…